Over 2.000.000 press photo’s, that is the accumulated body of work produced over a period of sixty years by the photographers of Fotopersbureau De Boer. This vast collection of press photo’s gives us a unique perspective on the times they depict. The Noord-Hollands Archief has worked hard at digitizing the photos and with the help of volunteers, has made it possible to search through them using keywords. All this has resulted in The Beeldbank Fotopersbureau De Boer.

By using the search bar, located at the top of the screen, you can enter one or multiple keywords. After choosing your keyword(s), click on the red button titled “zoeken”. The next screen will display the results of your search. These results can be narrowed down by using the different filters just below the search bar. The filters can also be used without entering a keyword in the search bar.

It is possible to search on a segment of a word by using an asterisk in front, in the middle, or at the end of your keyword. The asterisk replaces any possible combination of letters, therefore offering search results for various conjunctions and/or extensions of a word. For example: entering the keyword dorp* will result in “dorp” as well as all words starting with “dorp” (dorpshuis, dorpsplein). From the keyword *dorp follows all words ending with “dorp”. (Find more search bar functions here or by clicking on the ? next to the red button titled “zoeken”.)

One aspect of press photography to be aware of is the fact that, more often than not, multiple photos are taken during the same event. These photos are assembled as a photographical report (in Dutch: “reportage”).

Fotopersbureau De Boer was established by Cees de Boer in 1945 in Haarlem. In 1983, son Poppe de Boer followed in his father’s footsteps and continued the business until 2004. More information regarding the collection and personal stories about Fotopersbureau De Boer can be found here (in Dutch).

Fotopersbureau De Boer has an extensive administration of photo reports (“reportages”). The results of a days’ worth of photography were recorded with a concise caption in chronological logs (1952-2004). Similar captions were registered in the subject index (1945-1990) divided into 1500 different topics.

The data from the subject index (1945-1990) and logs (1990-2004) was transposed by volunteers in 2016. In 2021, the data was linked to the corresponding photographs. Photos that could not be connected to any data from Fotopersbureau De Boer’s administration, were interpreted by volunteers and provided with a new description. These photo reports are marked by a letter at the end of their reportage number.

Do you have a suggestion to improve the description of a photo? Perhaps you recognize someone, or know where and when the picture was taken? Please let us know by clicking on the red button titled “Voeg reactie toe” and filling in the response form.

If you feel that the publication of certain images should only have been done with your approval, please contact us through info@noord-hollandsarchief.nl.

The Noord-Hollands Archief respects each individual’s right to privacy and acts in accordance to the General Data Protection Regulation (GDPR) concerning personal data. The full privacy statement of the Noord-Hollands Archief can be found here. This statement also applies to the collection Fotopersbureau De Boer. If you have any question concerning this topic, please contact us through privacy@noord-hollandsarchief.nl.

Archives are formed in the past. It is possible that certain words might appear in the descriptions of our collection that were common in the past, but are now considered hurtful, racist, and/or discriminatory. The Noord-Hollands Archief has chosen to transpose original descriptions without alterations, for the sake of historical accuracy. Therefore, derogatory language might appear in certain descriptions. These descriptions, including offensive or harmful terms, are retained as documents of the issues and social context of a specific time and the attitudes and opinions of the people who created the material. As such, changing the description would lead to an erasure of these views. We do, however, strive to add additional contextual information whenever applicable.

If you think that we should revise a description due to its inappropriate language, please contact us via info@noord-hollandsarchief.nl with “language” as subject.

Both the digitization the collection of Fotopersbureau De Boer, and the process of making the collection accessible, are part of a project titled Fotografisch Geheugen (2020-2022). More information about this project can be found here.

With the help of volunteers, we are training AI to recognize what is depicted on images to increase the searchability of historical photo collections and to research various search methods during 2021-2022. The results of this research are expected at the end of 2022.

Fotografisch Geheugen is made possible by the Mondriaan Fund and the Prins Berhard Cultuurfonds. 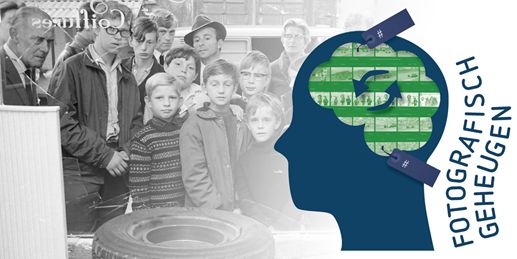